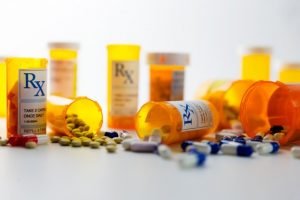 According to the World Health Organization, antibiotic resistance is one of the biggest threats to global health, food security, and development today. I had the opportunity to speak with four experts from the UCSF School of Medicine and School of Pharmacy and all agreed that antibiotic resistance is a growing, complex problem that impacts both UCSF and individuals worldwide.“I think that antibiotic resistance is one of the most pressing human health challenges of our time.” stressed Chaz Langelier, MD, PhD, UCSF Assistant Adjunct Professor of Medicine.“In the United States alone, every year 23,000 people die from drug-resistant infections. Globally, that number jumps to 700,000 people a year,” explained Langelier. And the problem is only going to get worse. “It is estimated that by 2050, the number of deaths per year attributable to antibiotic resistant infections is going to climb to 10 million a year. . “That’s a person every three seconds. So it’s a huge problem unless we can change course,” he warned.The Sustainability Connection: Save Resources, Reduce Waste, Be more Efficient

You might be asking yourself, what do antibiotics have to do with sustainability? For one thing, they are embedded into UCSF Health’s supply chain because meat and poultry are often raised with antibiotics, which contributes to the problem. While the primary objective of UCSF’s Antimicrobial Stewardship Program is to provide high-quality care, being thoughtful about the use of antibiotics also saves resources, is more efficient, and reduces waste. In FY 17 alone, UCSF generated over 20,000 pounds of pharmaceutical medical waste, which includes unused, partially used, or expired prescriptions.

Much like climate change, antibiotic resistance seems invisible until it affects us personally – at which point it becomes all too real. And like climate change, individual behaviors impact the larger whole. “It is really the only class of drug where using them in one patient can actually cause harm, not only to that individual patient, but also to other patients in the future,” stressed Dr. Sarah Doernberg, MD, MAS, UCSF Assistant Professor.

Dr. Conan MacDougall, PharmD, MAS, BCPS-AQ ID, UCSF Professor of Clinical Pharmacy, added, “Every time you take antibiotics, it incrementally reduces the utility to others. That is why we approach the use differently.“ He explained, “The analogy to sustainability efforts is entirely appropriate. If we leave the lights on all day and night, the individual impact may be small, but the incremental impact on the planet and climate change is substantial. The use of antibiotics affects utility in other patients.”

Like climate change, antibiotic resistance affects the most vulnerable, especially children and the elderly.

“There are trillions of bacteria, far more than human cells, and the relationship between human cells and bacteria is complex. Many analyses show that children who get antibiotics alter their flora, with negative outcomes, including greater likelihood of juvenile rheumatoid arthritis, eczema, diabetes, and inflammatory bowel disease,” explained Dr. Joseph Guglielmo, PharmD, Dean, UCSF School of Pharmacy.

Researchers from Case Western Reserve University School of Medicine recently reported a seven-fold increase in drug-resistant bacterial infections among children. The study found a clear and alarming upswing in antibiotic-resistant infections in kids and teens throughout the U.S.

Three Major Contributors to the Problem

The overuse of antibiotics, not only in food production but also in health care, is a key factor in promoting the evolution of antibiotic-resistant bacteria. “Health care providers have to make sure we only prescribe antibiotics when they’re really needed. It’s also essential to stop using antibiotics in healthy agricultural animals,” says the lead author of the report cited above.

Dr. Doernberg explained, “Another concerning thing is that the pipeline of new antibiotic drugs is limited. There is a lack of drugs to treat our most resistant bacteria, and it can take at least 10 years to develop a new drug. So we have a 10-year lead on what’s going to be available, and it’s not that great. And we are seeing increasingly resistant bugs.”

The overuse of antibiotics in health care is a key contributor to the development of antibiotic-resistant bacteria. According to JAMA Internal Medicine, antibiotics are still being overused in hospitals. This is in part because antibiotic stewardship is not comprehensively taught in medical or pharmacy school curricula. An article in Open Forum Infectious Diseases (OFID), co-written by several UCSF faculty, cited the results of a survey of preclinical medical student microbiology curricula that showed that only 65% of schools are teaching anti-microbial stewardship during their courses.

“Patients who’ve gotten a high level of antibiotic exposure are at risk. But so are the rest of us. The worst-case-scenario is the untreatable organism where no antibiotic will help,“ said Dr. Doernberg.

“If we look at the breakdown just in the United States of where antibiotics are used, over 70% of medically relevant antibiotics sold in the U.S. are sold to the livestock industry,” said Langelier. They are primarily used for non-therapeutic purposes to promote growth and prevent illness. Two-thirds of antibiotics used for livestock are directly relevant to human medicine, including penicillins, cephalosporins, sulfas, and tetracyclines. He explained, “These are medically relevant drugs that are added to the food supply of livestock without any type of prescription required from a veterinarian. What this can lead to is proliferation of antimicrobial resistant bacteria in these animals.”

In a recent Fresh Air show called ‘Big Chicken’ Connects Poultry Farming To Antibiotic-Resistant Bacteria, Terry Gross interviewed public health journalist Maryn McKenna about her new book Big Chicken, which chronicles the use of antibiotics in the poultry industry. On the show McKenna talks about how feeding antibiotics to chickens can lead to antibiotic resistance. “Because of the consolidation of food production, in which now fewer very large firms are distributing their products over very large spaces, we get very large outbreaks of antibiotic-resistant foodborne illness that can be distributed hundreds and thousands of miles away from where the original farms are,” she stressed.

Experience in Europe and the U.S. demonstrates that this routine use of antibiotics in feed is unnecessary for the health of animals and for economically-viable meat production. Here in the U.S. more companies and hospitals are making a commitment to avoid antibiotics, including Tyson, McDonald’s, Subway, and Chipotle.

Earlier this year Tyson Foods, the world’s second-largest poultry company, announced it was going to stop using antibiotics on its birds. In its U.S. restaurants McDonald’s now serves only chicken raised without antibiotics that are important to human medicine, and it recently announced the release of a new global chicken antibiotics policy. Chipotle and Panera topped a recent industry report card on reducing antibiotic use in meat.

According to Practice Green Health, “Increased demand for poultry raised without routine antibiotics, cost reductions and improved availability have made it easier for hospitals to add more sustainably-raised chicken to their menus.”

Lack of New Antibiotics in the Pipeline

According to the Antibiotic Resistance Coalition, “The current antibiotics R&D pipeline is insufficient to supply clinical needs. Out of 41 recently licensed drugs, no approved compounds and only three candidates currently in clinical trials meet high-priority needs, defined as effective against 90% or more highly-resistant (in this case, carbapenemase-producing) bacteria.”

UCSF Responds to the Rise in Antibiotic Resistance

UCSF has responded to the rise in antibiotic resistance in three key ways summarized below. Stay tuned for Part II of this article that will detail these solutions: