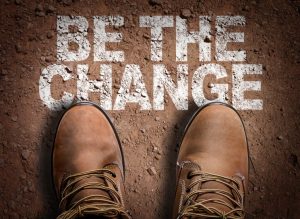 A landmark report from the United Nations’ scientific panel on climate change, as summarized in the New York Times, paints a far more dire picture of the immediate consequences of climate change than previously thought and says that avoiding the damage requires transforming the world economy at a speed and scale that has “no documented historic precedent.”

Issued on Monday by the Intergovernmental Panel on Climate Change, a group of scientists convened by the United Nations to guide world leaders, the report, “describes a world of worsening food shortages and wildfires, and a mass die-off of coral reefs as soon as 2040 — a period well within the lifetime of much of the global population.” This report makes some of the recent commitments following the Global Climate Action Summit even more important.

For the Global Climate Action Summit September 12-14, more than 4,000 mayors, governors, investors, entrepreneurs, civil society organizations, and CEOs of some of the world’s biggest companies gathered in San Francisco.The three-day event, organized by California Gov. Jerry Brown, aimed to highlight efforts around the world to address climate change and to build support for even deeper commitments to addressing the climate crisis. With hash tags like #2020dontbelate, #stepup2018, #ParisAgreement, and #ClimateChangesHealth, social media was on fire about the urgency to take climate action. However, according to Joel Makower of Green Biz, the event unfortunately didn’t garner much attention in the mainstream media.

“It’s blindingly clear that climate change is the greatest health threat to future generations,” stressed Dr. Hawgood in his opening remarks. Christiana Figueras, Executive Secretary of the U.N. Framework Convention on Climate Change from 2010 to 2016, passionately suggested that the missing piece is downright public outrage and challenged the audience at UCSF to, “cause global public outrage about air pollution caused by fossil fuels.” Her recent opinion piece in The Washington Post is titled “This is absolutely unacceptable.”

From Talk to Commitment
The list of commitments and calls to action that resulted from the summit is lengthy (see this great summary in Green Biz. UC, UCSF, and UCSF Health have stepped up to the following climate-action commitments and campaigns:

“UC Health’s new carbon neutrality and 100 percent clean energy goals demonstrate a strong commitment to protect their patients and all Californians from toxic air pollution and the negative health impacts of a warming climate. Practice Greenhealth applauds UC Health’s vision and commitment and urges other hospitals to follow its lead,” said Gary Cohen, president and co-founder of Practice Greenhealth and Health Care Without Harm.

If you are feeling down about the lack of progress on climate action, this list might cheer you up. According to Green Biz, 300 new commitments, 50 of which are related to energy and transportation, were made at the summit, including the following:

New Bills Signed
In addition to all the above commitments, California Gov. Jerry Brown was busy signing a variety of new bills that boost California’s leadership on climate action. While the Trump administration pushes to revive the coal industry, Gov. Brown signed Senate Bill 100, which drastically ups the state’s clean energy goals and commits to 100 percent zero-carbon emissions in just a few decades. The bill pledges that California will obtain 100 percent of its power from clean sources by 2045.

As reported in the Huffington Post, Brown said, “There’s no understating the importance of this measure. SB 100 is sending a message to California and the world that we’re going to meet the Paris Agreement and we’re going to continue down that path to transition our economy to zero carbon emissions and to have the resiliency and sustainability that science tells us we must achieve.”

In addition, on the first maiden voyage of a plug-in, hybrid electric ferry, Brown signed a comprehensive package of eight bills into law that are aimed at dramatically reducing carbon emissions by boosting the number of zero-emission vehicles and charging stations in California and getting dirty cars and trucks off the road.

Health Care in the House at the Global Climate Action Summit

Call to Action on Climate and Health