What’s Your Story?: 4 tips for bringing your success story to life

by Dfleischer | Communications and Sustainability Reporting 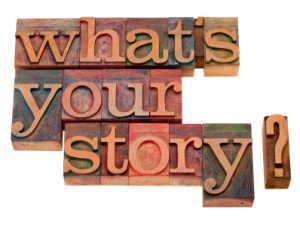 Inspiring real change requires more than a clever Twitter “hashtag”. It requires a story that sticks and inspires.  How do you achieve that?

For starters, know your audience, don’t be your own hero, and frame your success stories into a larger context that connect with the values that your audience cares about.

Read on for more tips that can set you on the path to telling a better story:

While this seems like common sense, I am always surprised by the resistance clients have to refining the target audience for their story or campaign. Who are you trying to inspire? What do they care about? What do they want to know?Customize your story and messaging to fit the attitudes and background of those you are speaking to. Take the time to consider their expertise, experience, political orientation, and culture. Then speak to this audience.

2.  Don’t be Your own Hero or Put a Face to Your Story 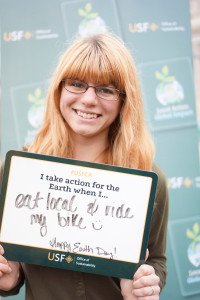 “If you make yourself the hero, the story is not so interesting,” stresses Jonah Sachs, CEO of Free Range Studios and the creative force behind “The Story of Stuff,” a viral video with more than 2.2 million views since 2007.  “You lose credibility.”  Instead, Sachs says, come down to earth and connect with your audience.  “The NGO can’t be the hero of the story anymore.  It has to be about empowering and inspiring people to deeper levels of action and citizenship.”

For example, Annie Leonard, the star of “The Story of Stuff,” opens the video by holding up an iPod and asking, “Do you have one of these?” She goes onto to tell a story where the core moral, according to Sachs, is that consumption does not equal happiness and being a good consumer is not the same as being a good citizen.  A human (or fuzzy) face is key.

When it came time for the University of San Francisco to launch the Office of Sustainability, it was the face of faculty, staff, and students that hit Instagram.

Patagonia engages consumers by including interviews with them on its blog Worn Wear, highlighting customers’ relationship to their stuff–encouraging the audience to keep it longer and use it more.  Patagonia’s Footprint Chronicles brings to life the story of its suppliers.

When MomentUS wanted to highlight climate solutions for the faith-based sector, it highlighted success stories of places of worship on Blessed Tomorrow.


To capture attention, connect with your audience and inspire action tap into the values of your target audience and use values-based messaging. The more you can hone in on who you want to reach and what they care about, the more successful engagement efforts will be.

Here are three examples of this idea in action:

4. Be Brave and Speak to the Elephant in the Room

Be brave. Don’t wait for perfection to let your stakeholders know what you are up to. And speak to the elephant in the room.  Consider REI’s #OptOutside campaign that encourages employees and customers to get outside rather than shop on black Friday. Or Patagonia’s Responsible Economy, which challenges growth and frames the campaign around the narrative that “the value proposition is quality,” re-engaging consumers with stuff in a new way: “Don’t buy this unless you really need it.”

What elephant is facing you?  Are you willing to speak about it?