Two Reasons to Think Twice About Taking a Receipt 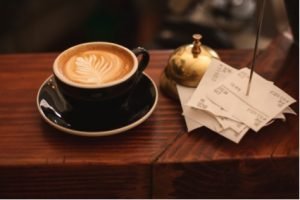 When you are at the café or grocery store and handed a receipt, you may not even think twice about taking it. But it turns out that this small, seemingly insignificant slip of paper may have a big impact on your health and the environment. According to a recent article in Chicago Health, an estimated 93% of paper receipts are toxic thermal paper, coated with the chemicals bisphenol A (BPA) or bisphenol S (BPS), which our bodies can absorb when we touch paper coated with them.

Here are two good reasons you may want to avoid these receipts:

#1: They contain chemicals harmful to your health

BPA may be familiar due to recent efforts to remove it from baby bottles, food and beverage cans, and reusable water bottles. The organization Safer Chemicals, Healthy Families explains that BPA is a hormone-disrupting chemical that mimics estrogen and that it is used in numerous consumer products. It is known to produce many harmful effects on health, including reproductive and developmental abnormalities, diabetes, thyroid conditions, and increased susceptibility to cancer. According to a study from Duke University, exposure to BPA may also make chemotherapy less effective.

Exposure to BPA is incredibly common, with over 90% of people in the U.S. carrying residues of the chemical in their bodies. It’s even found in breastmilk and amniotic fluid! BPS was meant to be a safer replacement for BPA, but research has shown that it acts similarly and may be as equally harmful. In fact, as reported in Environmental Health News, the New York State Assembly recently introduced a bill that would ban BPS and other BPA substitutes in children’s products in response to studies that show they can be even more harmful than BPA.

In the case of thermal paper receipts, since BPA and BPS are on the surface of the paper, they can leach onto our hands and then transfer to our bloodstream. In use since the 1980s, this type of paper receipt allows for inkless printing. The paper is coated with a dye and chemicals, and when it’s exposed to heat in the machine, images appear. BPA and BPS are the chemicals most commonly used to create the reaction that makes the color show up. You can distinguish these receipts from others by their waxy feel and the way they can discolor when scratched. The Chicago Health article points out that not only are consumers at risk of exposure, but retail and restaurant workers are also at risk, and even more so, because they often handle 30 or more receipts per hour on the job.

#2: They produce negative effects on the environment

Though paper receipts are small in size, they do at times seem to be everywhere—in our wallets, shopping bags, drawers, purses, and glove compartments. At coffee shops, waste containers can be overflowing with them. As detailed by the non-profit organization Green America in their 2018 report Skip the Slip, each year in the U.S. the creation of paper receipts uses 12.4 million trees, 250 million gallons of oil, and 13 billion gallons of water and generates 1.5 billion pounds of waste and 4 billion pounds of CO2. Due to everything that’s involved in their production and disposal, valuable forest ecosystems and water resources are threatened, and the climate is negatively impacted.

We are undoubtedly well-meaning when we go to recycle these receipts. Unfortunately, since most paper receipts are coated with BPA or BPS, they shouldn’t be recycled, because they can contaminate other recyclable paper products with the chemicals. This is one reason their ubiquitous existence is so problematic and generates so much waste. Fortunately, organizations like Green America are getting companies to offer digital receipts. They estimate if just one Walgreens-sized company ended its use of paper receipts, each year over 55,000 trees and 58.8 million gallons of water will be saved, and 17.6 million pounds of CO2 will be kept from entering the atmosphere.

What You Can Do